Home In The News US: Genius Media sues Google over anticompetitive use of lyrics
Facebook
Twitter
Linkedin
Email
Print

Five months after it accused Google of publishing lifted song lyrics, music website Genius Media is suing the search giant over what it alleges amounts to anticompetitive behavior that has harmed its business, reported The Wall Street Journal.

The lawsuit, filed in state court in Brooklyn, NY, on Tuesday, seeks US$50 million in combined minimum damages from Google and LyricFind, a Canadian company that provides the music lyrics.

The case puts the spotlight on growing concerns that big tech companies like Google, a unit of Alphabet, can stifle smaller competitors through some of their business practices. The Justice Department and Federal Trade Commission have started investigating some of the actions of tech companies. Companies such as Yelp and TripAdvisor are among others that have accused Google of unfairly preferencing its own content in search results.

Genius, based in Brooklyn, claims traffic to its site, where it posts hard-to-decipher lyrics to hip-hop songs and other pop hits, began dropping because Google has been publishing lyrics on its own platform, and alleges some of them were lifted directly from the music site.

Genius holds no copyright claims on the lyrics, but states that lifting lyrics from its website is a violation of its terms of service. 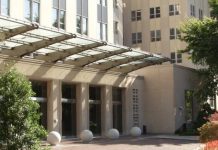