Home In The News US: Texas AG: everything is “on the table” for Google probe
Facebook
Twitter
Linkedin
Email
Print

Texas Attorney General Ken Paxton, one of 50 state AGs that have joined an investigation into accusations of antitrust violations by search and advertising giant Google, said in an interview with the Washington Post that “We’re prepared for whatever the right thing to do is for consumers.” Whether it’s standing down or forcing Google to sell off parts of itself, Paxton stressed: “All of that’s on the table based on what we learn.

The probe marks the first major US antitrust action against Google in roughly a decade. Previously, Texas joined other states and the federal government in scrutinizing the company’s search engine in a competition probe that ended without major punishment for the tech giant.

Since then, Paxton said, Washington has failed to pursue key signs that Google and Silicon Valley are in violation of federal law. “Antitrust seems like it hasn’t been focused on for decades, through several administrations, not just Democrats but also Republicans,” he said, later adding: “I think this should have been looked at sooner than it is.” 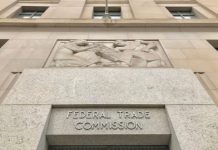