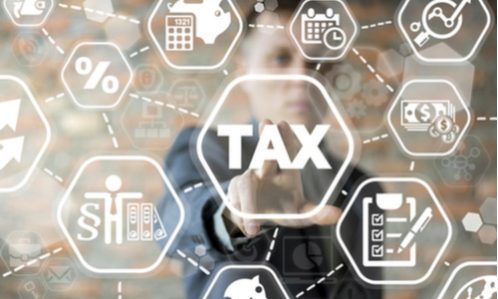 France, Italy, Austria, and the Czech Republic, frustrated by failure to reach consensus on an EU-wide digital services tax, are pushing ahead with their own measures.

“I strongly applaud that member states are picking it up where we failed as a community together to do something,” Vestager said in an interview with Bloomberg Tax on Tuesday, February 25.

“I think it is very important in order to be able to answer the many businesses who pay their taxes, that you’re willing to do something to make sure that your competitors, they pay as well,” she added.

The US contends that the proposals unfairly target U.S. tech companies such as Alphabet’s Google, Amazon.com, and Facebook. A French decision last year to levy a 3% digital tax prompted threats from the Trump administration to hit US$2.4 billion of French products with tariffs.

An EU tax proposal—shelved last March after failing to get unanimous support from member countries—included a short-term tax on the revenue of digital companies and a longer-term approach that changed how countries determine whether a digital company has taxable presence in their jurisdictions.

Vestager said that the countries’ digital services taxes aren’t State aid—subsidies provided to a company that give it an unfair advantage over others—if they are are similar to the EU-wide proposal.

“Obviously we would not suggest something that would be not state aid compliant,” she said.

The fight to tax the digital economy isn’t going away, and companies should prepare for the EU to adopt its own rules if OECD talks fail, said Vestager.

The Organization for Economic Cooperation and Development is trying to get nearly 140 countries to agree on a plan to overhaul how the digital economy is taxed. The effort seeks to address concerns that multinationals, particularly tech giants, aren’t paying enough tax in the countries where they have users or consumers.

The OECD plan, divided into two “pillars,” would give more taxing rights to the countries where multinationals have customers, replace some current tax rules with simpler formulas, and create a global minimum tax rate and anti-abuse rules.

“I think the important takeaway is sort of the willingness to say, first, we engage fully with the OECD because a global agreement is much better than a regional agreement. But if that is not possible, we will do our best to find a European approach,” Vestager said.

“We have not really sort of put pen to paper as to what would be a renewed European approach because we don’t know as we speak,” she added.

The European Commission’s five-year battle with Member States over tax rulings that provide preferential treatment—or state aid—to some companies has borne fruit, Vestager said. Countries are beginning to improve their approach to issuing the rulings, she said.

“We have seen a number of changes on ground. We’ve seen that in Luxembourg. They have changed the way they do tax rulings. Same in the Netherlands,” she said.

Despite the success in battling systemic issues with tax rules, the Commission has no plans to halt its efforts chasing individual tax rulings, Vestager said.