Home In The News Vestager: New EU Digital Rules Draft May Not Include Big Tech Breakup 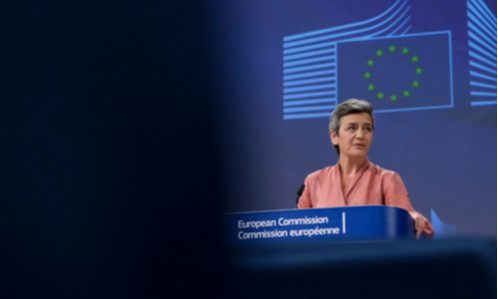 The European Union’s chief antitrust regulator told a German newspaper in an interview published Sunday, November 1, that she sees no reason to break up Google or other big tech companies, according to Reuters.

Margrethe Vestager did, however, say regulators may need new powers to oversee the markets dominated by Google and other large tech players.

The Danish diplomat made her remarks in an interview published by Frankfurter Allgemeine Sonntagszeitung. She is scheduled to release a proposal for new regulatory schemes on December 2.

As for breaking up the tech giants, she reportedly told the newspaper, according to Reuters, “It will never come to that. Up until now we haven’t had any cases that could lead to such a move.”

Other European Union officials, including Internal Market Commissioner Thierry Breton, have said breaking up tech giants may be necessary if they pass certain thresholds of market dominance, Reuters reported.

Meanwhile, Democrats in the US House of Representatives and Japanese regulators also are exploring the market power of big tech companies and publicly questioning whether new regulatory structures or powers are necessary.

Some industry experts, however, are cautioning that there’s a risk lawmakers will react too swiftly or without adequate understanding of the consequences new government actions could create.