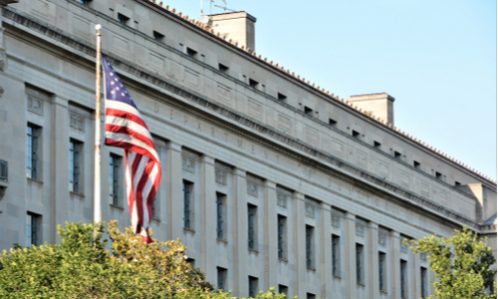 Jonathan Kanter, head of the Department of Justice (DOJ) Antitrust Division, has warned buyout firms that they may be subject to tougher regulatory review if future deals have the potential to harm the American economy.

In an interview with the Financial Times, the top antitrust enforcer has raised concerns that private equity firms have been acquiring large sections of the economy, and buyout groups have largely curbed the watchdog’s scrutiny.

The role of buyout groups has been “extremely important” for the enforcement program of the agency, Kanter said. Historically, these groups have been key to acquiring parts of a business when other companies had to divest assets as a result of a merger investigation. This could facilitate the deal getting approval. Private equity companies were seen as buyers of small assets. The problem now is that some of the largest private equity groups remember the industrial conglomerates they used to help break apart.

According to the FT, the decision to target the sector comes as buyout firms such as Blackstone, KKR and Apollo have grown to become diversified conglomerates controlling vast parts of the U.S. economy, from retail chains to hospitals and data centers.

The DOJ would pay closer attention to private equity’s role as a buyer of assets when other companies are ordered to divest as such a solution often is less effective than blocking the deal outright, Kanter argued.

However, applying existing antitrust laws to private equity firms could be challenging as they are designed to address bilateral tie-ups. Buyout groups are usually involved as a third party in the deal, and they are building portfolios with a string of companies.

Another area that the agency may focus on, Kanter said, is “interlocking directorates,” where executives from a buyout group sit on the boards of multiple, competing companies they own or control. Such governance arrangements could violate a section of the 1914 Clayton Antitrust Act, Kanter said, adding: “We’re going to enforce that.”