Mergers and Acquisition During the Crisis: Should the Antitrust Traffic Light Be Red, Yellow, or Green?

No Lockdown Needed on Tech M&A During Pandemic

The pandemic has forced many aspects of everyday life to pause. Mergers, too. Maybe. A half dozen experts from academia and the legal, regulatory and investment realms talked with Karen Webster to get a sense of whether merger policy should change now — if at all, and whether Big Tech warrants the scrutiny that’s been lobbed its way.  Here are their takes on what recent proposed legislation to stop M&A might mean — and why the ripple effects may be less than optimal.

The pandemic has forced many aspects of everyday life — for consumers, yes, but businesses too — to pause.

Last month, the chairman of the U.S. House of Representatives antitrust committee proposed banning mergers until the pandemic ends. Also in April,  U.S. Sen. Elizabeth Warren (D-Massachusetts), and U.S. Rep. Alexandria Ocasio-Cortez (D-New York) introduced legislation titled the Pandemic Anti-Monopoly Act. That  proposal would temporarily prohibit a significant number of mergers and acquisitions for as long as the crisis lasts.

The proposed freezes on M&A comes against a backdrop where antitrust authorities, here and abroad, have been looking much more closely on M&A, especially by Big Tech.

Drilling down a bit, the Warren/Ocasio-Cortez bill would prohibit M&A for any company with more than $100 million in revenue, and effectively prevent private equity firms and hedge funds from making deals.

That proposal served as a backdrop for a roundtable discussion titled “What’s Next in Regulation: M&A During the Crisis — What Color is the Antitrust Traffic Light?”

A half dozen experts from academia and the legal, regulatory and investment realms talked with Karen Webster to get a sense of whether merger policy should change now – if at all, and whether Big Tech warrants the scrutiny that’s been lobbed its way.

Where We Are and What’s Changed

And the M&A landscape — particularly in finance, and in tech, contended Morris, seemed a lot different as 2020 dawned.

“I think many people were predicting there was going to be quite a bit of merger activity in financial services and financial technology,” he said, with a nod toward precedent seen in 2019, where landmark mergers saw Fiserv buy First Data for $22 billion, where FIS acquired Worldpay for $43 billion, and Global Payments scooped up TSYS for $21.5 billion.

Eye-popping price tags aside, consider the deals variations on a theme.

As Morris explained, the tie-ups were fundamentally driven by technology, and legacy firms sought merger synergies that would boost customer service — and scale made delivering those services most cost-effective.

In other cases, such as seen in the brokerage space, traditional brokerages were countering the pricing changes (read: competition) posed by digital-only platforms such as Robinhood.  Cross pollination, between traditional financial services players and FinTech upstarts, have been prime motivators behind Visa acquiring Plaid, or where LendingClub struck a pact to acquire Radius Bancorp.

The drivers that set those mergers in play still are in effect, of course, and the pandemic has only proved to be a tailwind, the roundtable agreed. Not surprisingly, those tailwinds include the shift to digital payments, to commerce and financial services done online, across mobile devices.

“The pandemic has only dramatically accelerated … urgency around building out those capabilities,” said Ellis. “ So, on one hand, strategic steps that companies might have been looking at taking over a 12- to 24-month time horizon are now suddenly capabilities that they urgently need right now in order to help their customers. But on the flip side, businesses also have to focus on their own operations any time there's a massive economic disruption business.”

The focus on survival, and the fact that markets have been — to put it mildly — volatile, has dramatically slowed the pace of deal-making.

“Lots of mergers, right now, I think would be difficult,” said Morris, “because there’d be big differences in perceptions over risk and reward.” He added that, “I do think mergers will happen, but they'll be very, very different from what we were seeing in the first quarter [of 2020]."

The economic headwinds are not hitting all companies equally, even amid startups.  Cash flow and access to capital are among the key determinants as to whether startups founders will look to “exit” and make deals to be acquired.

But in other cases, said Morris, companies in financial services, especially those acting as intermediaries, may find it difficult to keep balance sheets strong enough to “warehouse” risk.  He said there may be “forced consolidation just because some earlier stage companies have had difficulty raising capital.”

If there are systemic pressures to consolidate, moratoriums may slow down the natural (and needed) evolutions of technology verticals. And according to some of the observers, the regulatory machinery is working fine — and no pause is needed.

With a nod to the U.S. market, to the moratoriums being discussed and the challenges of various regulatory agencies grappling with work-from-home shifts,  former FTC Commissioner McSweeney said that regulators “have adapted to the new environment and are capably moving forward with their normal processes and procedures and even during this difficult time. So we haven't seen a ton of indication that the agencies themselves aren't able to do the work of enforcing the law.”

The propped legislation expresses concern that workers, businesses and families would be impacted by “harmful” mergers.

Which begs the questions: Just what is “harmful” in a world increasingly impacted by, and dependent upon, technology — and could politics warp what is deemed as harmful?

Differences Across The Pond

John Fingleton said that differences can be seen between the U.S. and the U.K., a key FinTech market.

“I think that in the U.K. and the E.U., more generally, we haven’t seen that ‘left/right’ split. [But] we have seen COVID-19 causing an acceleration of anti-Chinese feeling. If there was legislation to be rushed through in the area of mergers, it’s likely to be legislation that stops foreign companies from buying domestic assets cheaply,” he told Webster.

Putting The US Proposals In Perspective

To put the recent U.S. proposals in perspective, David Evans explained how merger review has worked in the U.S. over the years.

The Justice Department and Federal Trade Commission look at 1,500 to 2,000 transactions each year, with teams of economists and lawyers in place examining areas of competitive concern.

Between 2008 to 2016, he said, the competition authorities challenged only 2.8 percent of the mergers that were proposed. “So, in other words,” said Evans, “97.2 percent — virtually all of them — posed no competitive issues.” He said that in many cases, deal-making has been pro-competitive, such as Target’s acquisition of Shipt and Walmart’s acquisition of Jet.com, which made those retail juggernauts stronger competitors to Amazon.

The pandemic, he said, has not flipped a switch that means all mergers are suddenly suspicious.  He said that the Warren legislation is “a radical proposal that, frankly, doesn’t make sense.”

The Question Of Timing

Kwoka countered that while the vast majority of mergers do indeed encounter no antitrust concerns on the part of regulators, there may be value in postponing mergers by, say, six months.

As he stated, Facebook’s acquisition of Instagram would not have been radically different if it had been approved after a longer review process.

“In fact, if they have been filed six months later, we might have learned more about potential consequences,” he said. “The moratorium is really an opportunity to give the agencies a chance to review policy toward mergers, which in some instances are different under these circumstances. Then under ordinary conditions.”

These time is different, he said, in part due to stock price volatility and may pave the way for mergers may alter business verticals, permanently, and perhaps not for the better.   Other panelists noted that of course, no one really knows how long the pandemic will last – and thus how long a moratorium may last.  In the meantime, companies would forgo the opportunity to buy firms that offer the technologies and IP they can leverage to fully embrace the shift to digital that is taking place right now.

As Morris stated, there are likely “very good firms” that are lacking the full omnichannel experience, or the ability to measure risk — attributes essential to being competitive.

“If they can acquire another business that has [those attributes] that's pro-competitive,” he said.  In other cases, smaller, nascent firms that are on the cusp of failure because they are running out of venture funding can be bought — and jobs and technology preserved as a result.

The Very Nature Of Competition

The values of technology, of data, of innovation are not readily understood (or perhaps even easily measured) yet, and panelists noted that such inputs can reshape the way tech-driven markets are defined.

Fingleton said that the U.K. regulators (via the CMA) have steadily boosted denials, though off a previously nonexistent base, where not long ago only one merger was blocked a year — and recently that tally has moved up to about a half dozen. Part of that acceleration has come, he explained, as regulators have “gotten more intense in looking at internal company documents and talking to third parties in order to understand how everybody else views the market.”

Kwoka said that in the U.K. major tech players have acquired between 600 to 700 companies (mostly smaller startups) and that only one has resulted in a complaint that led to court proceedings.

Ellis noted that in the tech space, acquirers typically examine targets for expansion into adjacent markets that will be of strategic value three to five years from now. Changes (and thus new markets to target) can happen quickly and are difficult to predict.

According to Morris, “the future is accelerating right before our eyes there. Things that you thought were going to happen in three years, four years or five years are happening now. So, an acquisition could be a very important part of getting that future to your company."

For now, though, as Evans said, M&A will largely be a waiting game.

Big Tech is “under a microscope now and under a lot of scrutiny. For better or worse, if you're a big tech firm buying a smaller company, or you're someone selling to a big tech firm, you can expect that it’s going to take a while to get things through.”

In partnership with PYMNTS 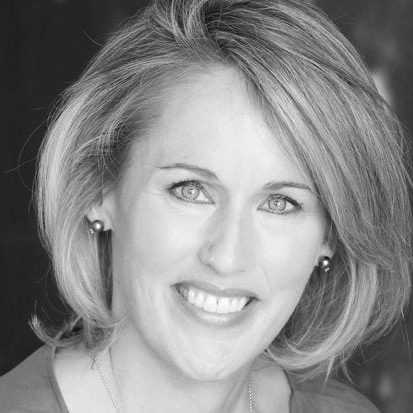 Lisa Ellis: Partner at MoffettNathanson, where she leads the Payments, Processors and IT Services Business. Formerly Managing Director at Sanford C. Bernstein, and McKinsey partner in its Technology & Telecoms practice. 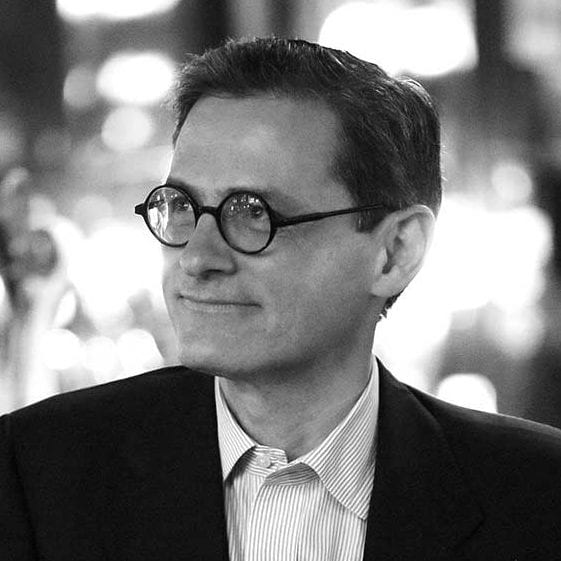 Hans Morris: Managing Partner at Nyca Partners, a fintech VC in New York and San Francisco; chairman of the board of Lending Club and formerly President of Visa; and board member of several startups in the commerce and fintech space. 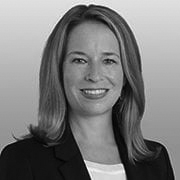 Terrell McSweeney: Partner at Covington and Burling, Washington, DC; former Commissioner of the Federal Trade Commission (FTC); formerly Deputy Assistant to the President and Domestic Policy Advisor to the Vice President during the Obama Administration.