Home Library Recently Published The Case for an Exxon-Chevron Merger 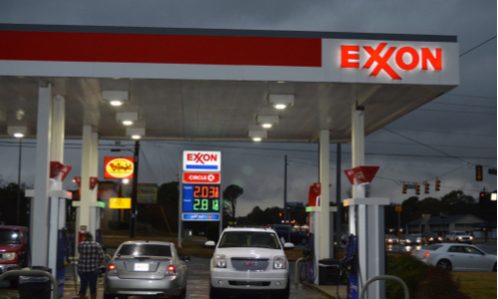 A strange thing happened last Wednesday: Chevron’s market cap briefly exceeded Exxon’s cap, at $142 billion versus $141.6 billion. It was particularly remarkable given that Exxon’s market cap was just under $300 billion at the start of the year.

Now, one analyst thinks it is time for drastic action. Paul Sankey of Sankey Research argued in a note last week that Chevron (ticker: CVX) and Exxon Mobil (XOM) should merge, creating an even more mega mega-major oil company that would be more efficient and resilient during the downturn. And even though Exxon is the most famous name in oil, at least in North America, he thinks the combined company should be called Chevron.

Sankey’s rationale is that a merger would allow the companies to cut costs, reduce capital expenses, and—particularly for Exxon—re-establish a new dividend level so that investors aren’t constantly worrying about it. Exxon has been dealing with constant speculation this year about whether it will have to cut its dividend, because the company has not been able to pay it with free cash flow. Its stock now yields more than 10%.