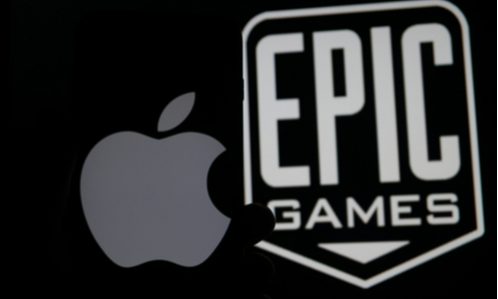 At the heart of the legal battle between Epic Games and Apple is a set of restrictions Apple imposes on app developers. For instance, Apple prohibits the distribution of iOS apps outside of the App Store, which Apple fully controls. Apple similarly requires developers to exclusively use its own in-app payment system for app purchases and in-app purchases for digital content. Through this system, Apple automatically collects a 30% commission on all such transactions. Dissatisfied with these policies, Epic Games tried to use its flagship game Fortnite as leverage to convince Apple to open up its closed platform. After Apple refused, Epic Games violated the App Store rules by enabling its own payment method in the Fortnite iOS app on August 13, 2020. That same day, Apple removed Fortnite from the App Store and Epic Games filed an antitrust suit in a federal district court in California. Apple soon thereafter countersued for breach of contract. A yearlong trial ensued, the result of which is a 185-page decision, which was handed down by Judge Yvonne Gonzalez Rogers on September 10, 2021.

This summary condenses the Epic Games v. Apple decision into a six-page overview covering all the main parts of the decision. Part I of the summary covers the findings of fact, which includes the Court’s factual findings on the different product and geographic markets proposed by Epic Games and Apple, on the anticompetitive effects alleged by Epic Games, and on the business justifications put forward by Apple. Part II covers the application of the facts to the law and includes the Court’s legal market definition and market power assessment, its findings under federal antitrust law (Sections 1 and 2 of the Sherman Act) and state antitrust law (California’s Cartwright Act and Unfair Competition Law), and its breach of contract findings.